From our recent political history, few events have created more media buzz than when the 73-year old retired Army General, Muhammadu Buhari was sworn in as President  of Nigeria, Africa’s most populous country.

As we gasp in shock and as the Buhari administration gasps for breath, Nigerians wonder what happened to the Chief-Agent-for-Change who toppled the Otuoke Corruption Czar, former President Goodluck Jonathan, 15 months ago in a rare democratic defeat of a ruling party that held power for 16 years. To see clearly is prophecy. More so, trying to revive a failed state like Nigeria is like hiking in the wilderness. You need to see far into the future. You need survival skills before you start the journey. So far, it is evident that Mr. Buhari was never prepared for the journey. Didn't see where he was headed.

Many writers and critics offered free help to Mr. Buhari to enable him realize and appreciate that leadership position is not a spectator position. Volumes have been written to intimate Mr. Buhari with the complaints, concerns, and expectations of our people. Complaints which focus on what we think the President is doing wrong, concerns aimed at finding solutions to the problems, and expectations from a government of “change” have sadly been rebuffed and resisted by Mr. Buhari.

Mr. Buhari has settled for the status quo just to fit in with the crowd of spectators at the National Assembly that run the affairs of Nigeria. He swims around like a pawn on a chessboard moved around at their whim. Mr. Buhari forgets that harmful association with people like his Chief of Staff Abba Kyari and General Tukur Buratai the Chief of Army Staff, both of whom have been accused of financial improprieties, are like magnet that exert a pull that can distort his moral judgment and throw his moral sense off course!

Arguably, the first 100 Days of a new administration particularly a government of “change” are very crucial. It was the auspicious time for Mr. Buhari to build up momentum. It was when opinion about the new leader would crystallize. It was very important for Mr. Buhari to get early wins that build personal credibility and political capital rather than dig himself into holes and have to clamber back out. The first 100 Days would have been Mr. Buhari's best chance to reshape Nigeria according to his own agenda and vision.

In 1933, President Franklin D. Roosevelt used his first 100 Days in office to lay the foundations of the New Deal. Indeed, his first 100 Days was a model of presidential accomplishment. Between March and June 1933, FDR successfully urged Congress to enact a series of laws creating a host of new federal programs. He seized the opportunity of the worst economic depression in American history to unleash legislative onslaught. Fifteen million Americans were unemployed. The Gross National Product (GNP) – a measure of a nation’s total economic activity – had fallen for more than half since 1929. The Dow Jones Industrial Average of 386.10 on September 3, 1929 fell to 41.22 on July 8, 1932; a drop of nearly 90 per cent.

“The secret to getting ahead,” says Mark Twain, “is getting started.” A reformist presidency begins with the first 100 Days. Just like FDR, Mr. Buhari would have taken the advantage of the Jonathan years of economic plundering and political tragedy to rewrite history of his presidency by flooding the National Assembly with progressive bills. Take a look at some examples of lasting revolutionary changes that Mr. Buhari squandered in his first 100 Days in office:

He failed to restructure Nigeria inside out and make it a true federal system. He missed the opportunity to jumpstart the economy with the largest stimulus package in the history of the world. He refused to fire corrupt judges. He failed to reform the judicial system and the criminal justice system. He lost the chance to slash the bogus salaries and criminal perks of the highest paid legislators in the world and make it competitive with what other legislators in the world earn. He blew away the opportunity to reform education, agriculture, health, power, aviation, and other industrial sectors. He failed to abolish the Lord Lugard relic known as Nigeria Police Force and replace it with state and local government police.

Our history shows we’ve been ruled mostly by collection of bandits. Mr. Buhari failed to break protocols and distant himself from the past by surrounding himself with a collection of the same old bandits as members of his inner caucus. He missed the opportunity to do away with the same non performing individuals as ministers.  As Buhari’s administration waffles and shuffles through its second year, the slides further and further into recession.

I know some incurable Buharists and political voodoo optimists will be quick to dismiss my view. They will come up with the same old, tired, worn out excuses and reasons. We’re familiar with such tunes. We were bombarded with such lullabies during the time of former Presidents Ya'radua and Jonathan: Rome was not built in a day. It is easier to destroy than to restore. The President is not a miracle worker. Change takes time and it’s painful. The mess was not created by him. He met empty treasury. Nigeria is a big and complex nation. Nigerians are difficult to govern. Nigerians are impatient people. Slow and steady wins the race. The inmates at the National Asylum are the clogs in his wheels. It’ll get worse before it gets better. The President is taking his time to lay a solid foundation. The President doesn’t want to appear like a dictator to the world. He knows what he’s doing. Let’s continue to pray for him. With prayers, we’ll get to the “Promise Land.” Bullshit. Hogwash. Balderdash. Nonsense. Heresy!

Well, I have bad news for them. No change will happen to a “government of change” during the first two critical years and possibly for the tenure of Buhari’s presidency. The Buhari administration will expire – technically – May 29, 2017 – unless he acts quickly and decisively to jumpstart the suffocating economy. Mr. Buhari will resist every attempt to restructure our fake federalism. Poverty will continue to ravage the land on a scale and extent we’ve never seen before. No good paying jobs will be created. Electricity will remain the greatest demon on the infrastructural grid. Economic resurgence will be a tantalizing mirage. The economy will remain dormant and dead. There will be ceasefire on the War of Corruption. Already, it has hit a cul-de-sac. In fact, the War on Corruption will be overthrown by the sharks and whales of corruption like Bukola Abiku Mesujamba Saraki. Needless to say, they’ll will continue to swim undisturbed. There will be unhindered free fall of the Naira.

Investors, I mean real job creators like the multi nationals and other conglomerates that formed our industrial hub in the 60s, 70s, and early 80s at Ikeja Industrial Estate and other parts of Nigeria, will continue to avoid Nigeria like a plague due to lack of basic infrastructures, safety and security. Think of corporations like IBM, UAC, UTC, WAHUM (West Africa House Utensils Manufacturers), Peugeot Automobile of Nigeria (PAN), Volkswagen of Nigeria, BATA, LENNARDS, ANAMCO, GM, Leventis, Kingsway, WIN BED, Western Traders, AIL (Associated Industries Ltd.) NIROWI (Nigeria Romania Wood Industries), AFRPRINT (textiles), Dunlop, BEREC Batteries, and host of others that fled our shores to other friendlier and safer countries with available and reliable electricity.

No new dams to produce drinking water for Nigerians will be built by Ministry of Water Resources. Bore-hole and bottled water will remain the primary sources of drinking water. The Ministry of Health will remain comatose in the intensive care of a London or Indian Hospital. No new hospitals or medical facilities will be constructed by the ministry. No new healthcare initiative will be launched.

The Ministry of Education will remain captive in the thicket of redundant and overlapping education programs and agencies. There will be no innovation or any reform to transform the decadent education system from its dilapidated physical and content structures into 21st century system of innovative learning. Deaths on our roads will increase and persist. Public housing will be hopelessly inadequate. The Ministry of Agriculture will continue in its old tradition of shelling out loans intended for farmers to politically connected thieves who’ll not plant a seed. Overall, things will remain the same.

Nigerians will end up with Buhari administration disappointed with unfulfilled hopes and expectations, unmet needs, increased poverty, hunger, anger, and hopelessness. Buhari's presidency will become irrelevant, confused, clueless, constrained, weakened, drained, and mangled beyond recognition. Above all, it’ll usher in a new set of ancient evils that will signal the death of a nation.

Glad to be back after a month’s vacation to spread my wings and refill my creative well.

Popular posts from this blog 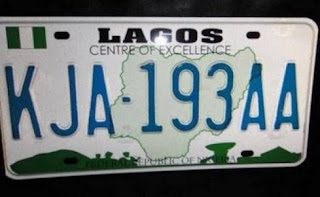 Please check your vehicle number here www.nvisng.org/numberplateverification.aspxA shocking revelation was made that OUT OF EVERY 10 CARS you see on the road with LAGOS and ABUJA number plates, that at least 4 is FAKE.You can check your own now.
(1) Go to this webpage,  www.nvisng.org/numberplateverification.aspx
(2) Enter your number in the space provided. Eg "ABC863AP
(3) Click on verify button. Then an information will be displayed below the button. Because FRSC did not want the general public to see the full details of the registration, you will only see the name of your car and the date of registration.Here are some samples of messages you will get after submitting your request on the FRSC site :
1. This number plate has been produced by FRSC and assigned to Toyota highlander on 20/01/2015. If your car is Toyota highlander, then you are lucky its done. But if your car is for instance Toyota Camry and your verification shows the above message, then you are in as me. Solution …
Read more 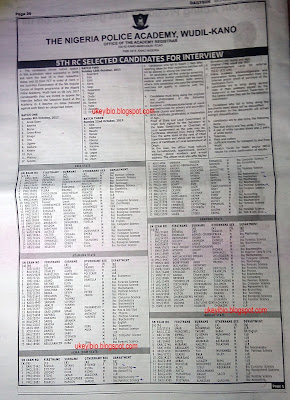 Results of the selection examination conducted on the 8th of Jully 2015 for Course 5 of the Nigerian Police Academy, Wudii, Kano State, has been released. Candidates who applied and sat for the examinations are advised to check Daily Sun Newspaper of August 14th 2017 to see if they are successful and hence get prepared to face the Selection Board. This was contained in a statement release by The Registrar Mohammed Ghali Usman psc, FCAI Academy Registrar
Read more 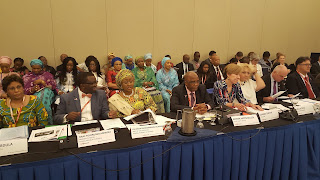