Showing posts with the label Police
Show All

September 20, 2016
Kogi State Governor, Yahaya Bello, had his election upheld moments ago by the Supreme Court of Nigeria. This news follows a protracted political and legal battle for the governorship in Kogi State following the death of gubernatorial candidate Abubakar Audu moments before his confirmation by the Independent National Election Commission (INEC). Our correspondent at the Supreme Court learned that the seven-man panel, lead by Justice Sylvester Nguta, dismissed the appeals filed by the former running mate of Mr. Audu, James Faleke and others. The justices stated that justification for their decision would be provided on September 30th. The court’s decision, which was unanimous, made judicial history because the situation had never been accounted for in existing constitutional laws. 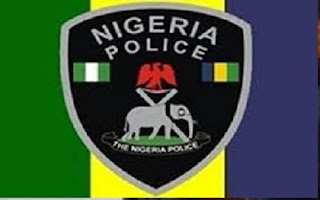 The Nigerian Police on Monday 15th August 2016, sent out invites for Aptitude test and physical screening for candidates who applied as Specialist in the ongoing 10000 police officers requirement ordered by the President Muhammadu Buhari Check your names and dates for the Aptitude test and what to bring here
https://ukeyibio.blogspot.com.ng/2016/08/details-of-what-to-bring-for-npf.html?m=1 Note: These are only for those who registered as Specialist and not General Duty Candidates
Post a comment
Read more