Showing posts with the label Oceanic Bank
Show All 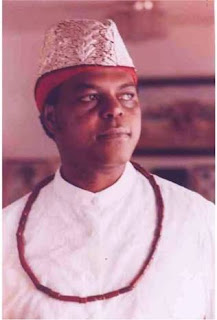 Family of Michael Ibru (who had been battling with serious health ailment for over eight years in Florida, United States of America) this evening just announced the untimely death of their illustrious son who died in the early hours of TuesdayUntil his death,  Olorogun Michael Ibru was the chairman of the Ibru Organization, he died at the age of 86 on Tuesday morning. His death coming just  over one month after the burial of his younger brother, Olorogun Felix Ibru, the first civilian governor of Delta State.Michael was a established entrepreneur who was a giant figure in many industries. He was the first son The Chief Epete Ibru of Agbarha-Otor in Ughelli North Local Government Area of Delta State. He had only one wife,  Cecilia Ibru, the former CEO of the defunct Oceanic Bank, recently jailed by EFCC for embezzlement of funds trusted in her care.
Post a comment
Read more
More posts